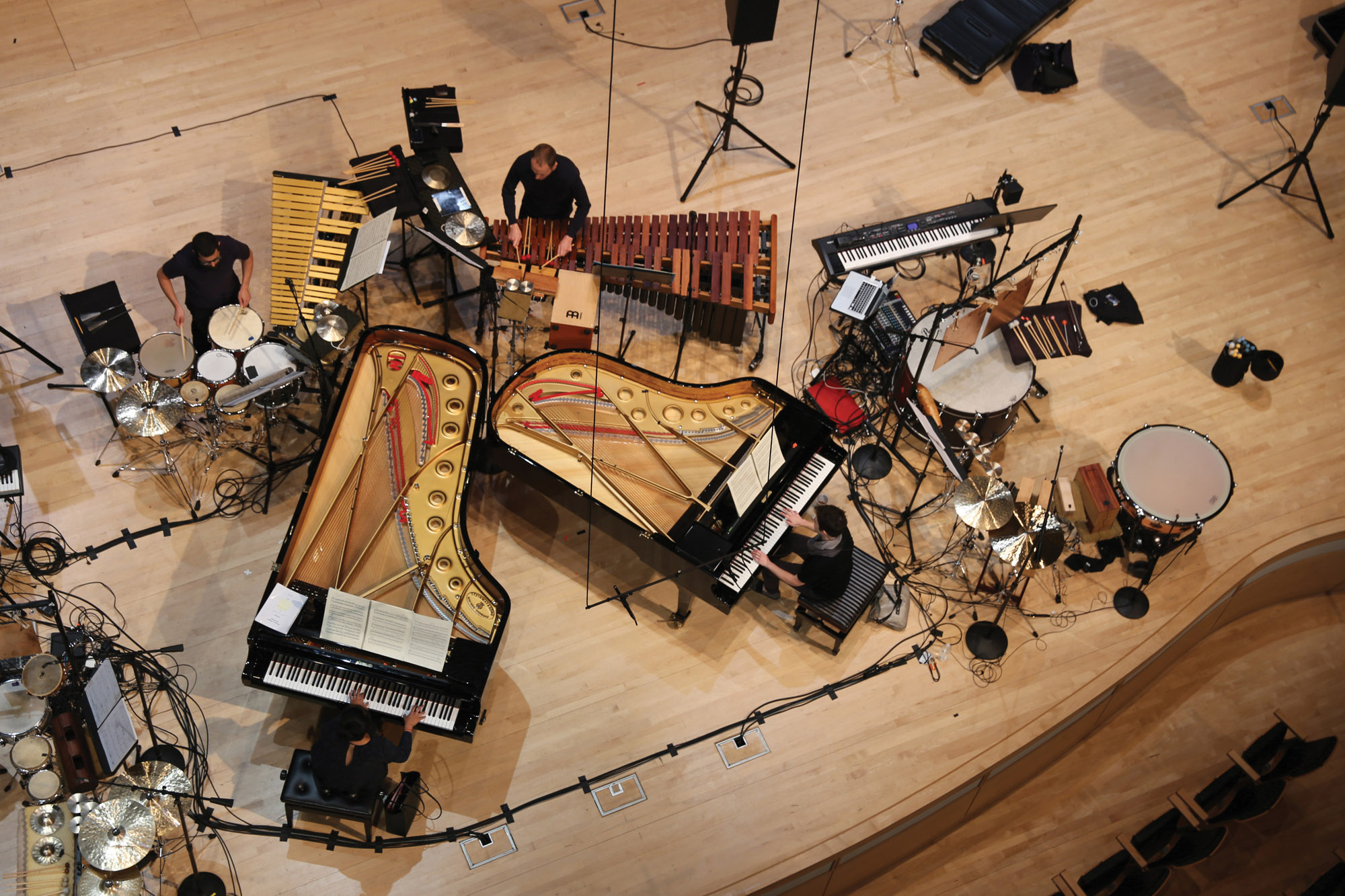 The Music of Enno Poppe

Enno Poppe describes his music as “dented nature”: While grounded in compositional guidelines taken from the fields of acoustics, biology, and mathematics, his pieces gradually disobey their own rules, contorting and evolving through an almost hallucinatory atmosphere of unexpected sounds. Highly respected as both a composer and a conductor, Poppe has led the Berlin-based ensemble mosaik since 1998, and has presented his orchestral, chamber, and operatic works throughout Europe. In 2015, Poppe’s Speicher received its US premiere at EMPAC, performed by the Talea Ensemble.

Yarn/Wire is a quartet of two percussionists and two pianists: Laura Barger, Ning Yu, Ian Antonio, and Russell Greenberg. The ensemble is known for its flexibility to slip between classical and modern repertoire, and has become a leading group in the new-music world. Yarn/Wire were last at EMPAC in 2014 to premiere and record The Negotiation of Context by Davið Brynjar Franzson.

With the friendly support of the Ernst von Siemens Music Foundation.