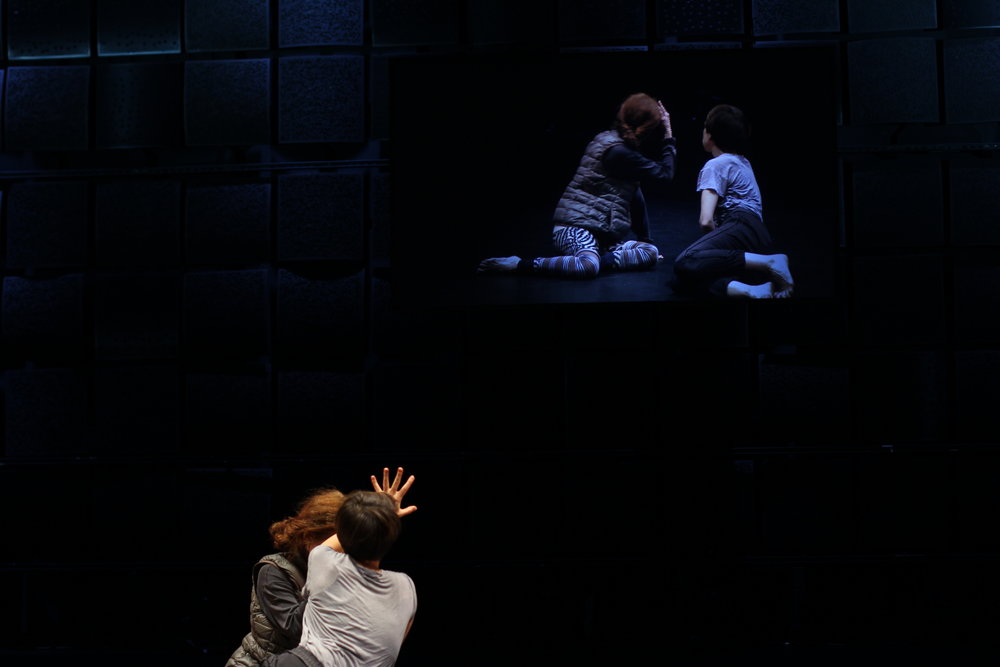 echo/archive integrated live dance with live and pre-recorded video to represent the layers of memory and heritage that exist in each human body. Demyanenko, Karczag, and Melnick all worked with the late American choreographer Trisha Brown and carry that well-established movement style as an influence on their work. Reitz is known for her light and movement scores. Together, the four women bookend a generation and genealogy of dance history. With echo/archive, Demyanenko and Mijlin explored how dance legacies influence body and movement practice. With video designer Ray Sun and sound designer Jon Kinzel, the artists’ video mediation shaped the work into a statement about legacy, relationship, and female artmaking across generations.

Elena Demyanenko is a Russian-born dancer and choreographer who has been performing, teaching, and choreographing in New York City since 2001. She was a member of Trisha Brown and Stephen Petronio Dance Companies, and has danced for choreographers such as Bill T. Jones. She is the recipient of New York Live Arts and EMPAC Dance Movies commissions, as well as a Jerome Robbins Fellowship. Demyanenko is currently on faculty at Bennington College.

Erika Mijlin is a producer, editor, writer, and founding partner of the media production company Artifact Pictures. In addition to producing her own films and videos, Mijlin wrote and directed Feldman and the Infinite, an original play that was staged for the Philadelphia Fringe Festival. She was the recipient of the Art and Social Change grant from the Leeway Foundation and has served on faculty at Bennington College.