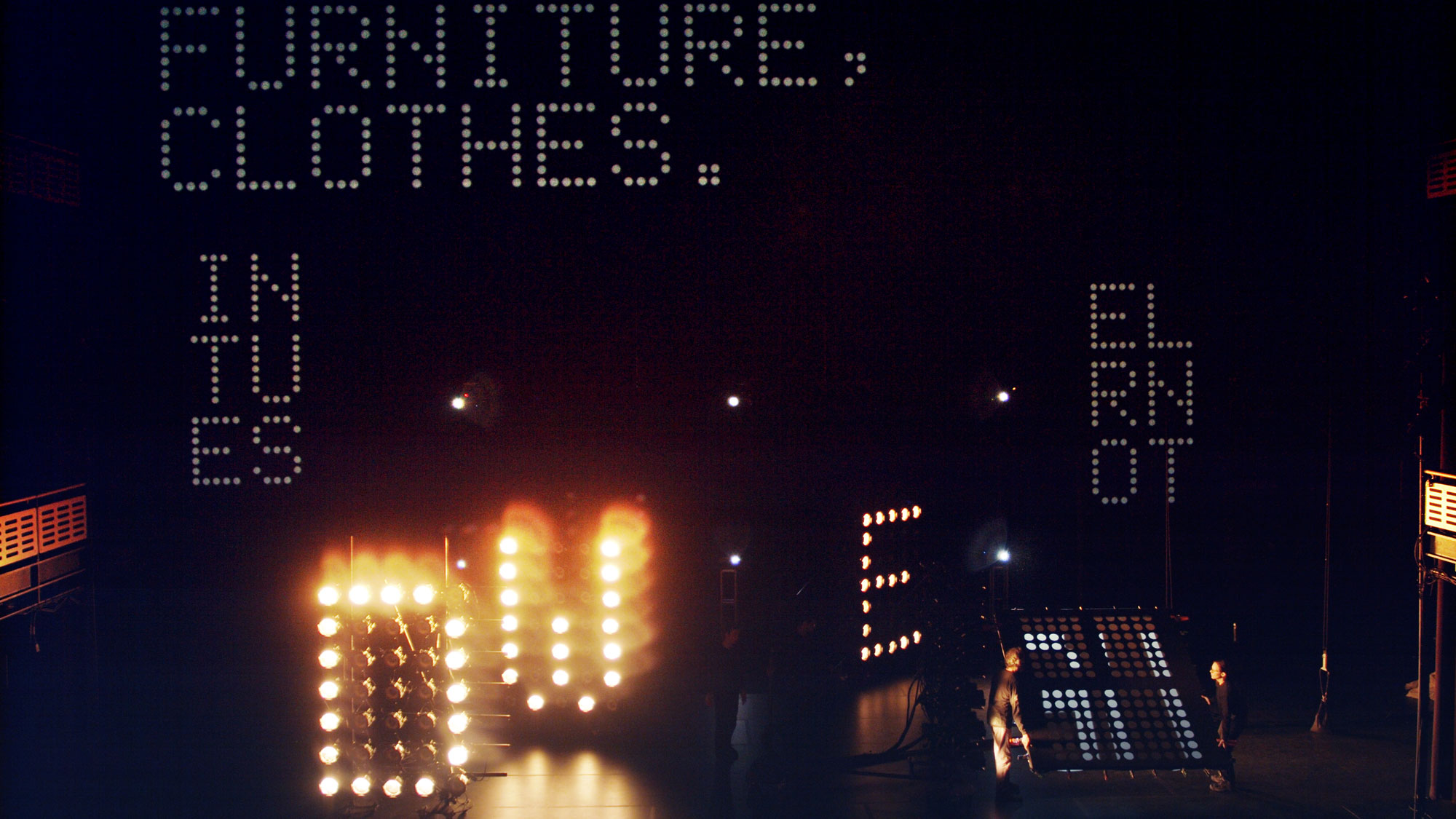 Only Breath, Words is a theatrical production about language and intimacy by Anna Craycroft, commissioned and produced by EMPAC.

Only Breath, Words is a performance without actors in which the voice is delivered by the theater itself, as its air-handling system “exhales” through flue pipe sculptures created by the artist. These instruments create coos, whirrs, hums, and moans while words and fragments of phrases flash and glow on grids of lights that are moved across the stage. Pushing at the limit of language’s capacity to transmit emotion and to articulate nuanced thoughts, these fragmentary idioms, instructions, and vernacular phrases suggest an elusive author, one whose meaning teeters between legibility and opacity.

The score for this first iteration of Only Breath, Words is composed by Sarah Hennies to generate a chorus of sounds. Hennies’ approach is informed by the dynamic nature of Craycroft’s instruments, in which each pipe can be played to produce a multitude of drones and noises, whose loudness, timbre, pitch, and quality are necessarily designed to react to the ever-changing flow of air produced by theater's ventilation system as it conditions the temperature and humidity of the space. Hennies' score results in a sequence of slow but incremental changes as the players attend as much to the movements of the instruments' unique components as to the tone the vibration produces.

The performance gives agency to the theater’s constitutive parts: its architectural features and technical infrastructure, the people necessary to operate it, and the very air that circulates through it. It dwells in the physical act of production. In this way, Only Breath, Words conjures theatrical allusions through the exchange of light, sound, and space and points back to the fundamental processes by which we, through the construct of the theater, seek to communicate.

Conceived as a performance and installation that activates and extends the specific architectural infrastructure of the theater, Only Breath, Words continues Craycroft’s ongoing dramaturgical approach to interdisciplinary collaboration. Craycroft's work frequently engages with and supports works by other artists, composers, writers, and performers through her sculptural installations and protocols for research and participation.

Main Image: Anna Craycroft working in residence on Only Breath Words in the Theater in 2019. Photo: EMPAC/Mick Bello. 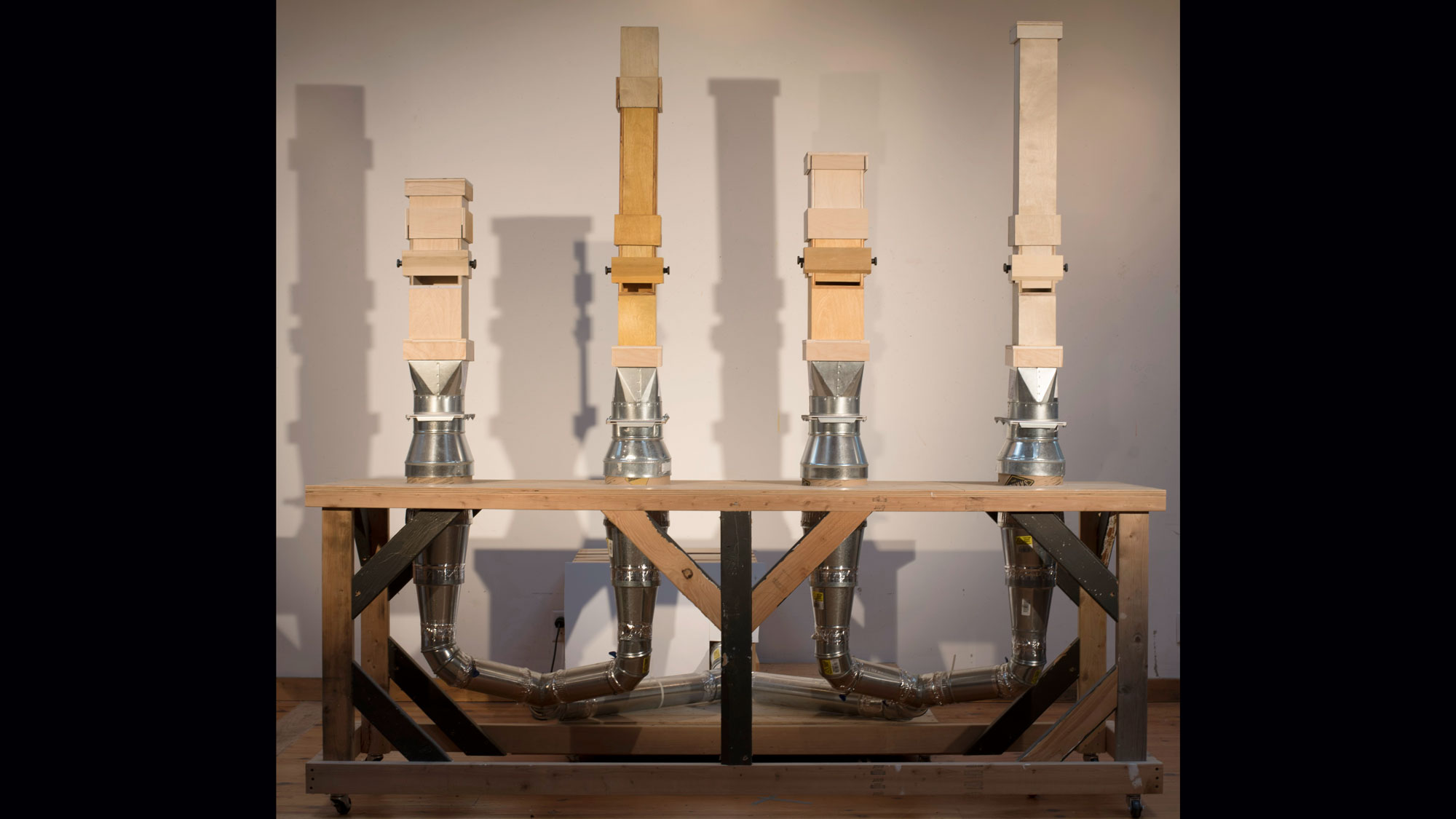 Commissioned by EMPAC / Curtis R. Priem Experimental Media and Performing Arts Center at Rensselaer Polytechnic Institute and supported by the National Endowment for the Arts and the New York State Council for the Arts.

Special thanks to the John Simon Guggenheim Memorial Foundation for the support of Only Breath, Words through Anna Craycroft's 2022 Guggenheim Fellowship. 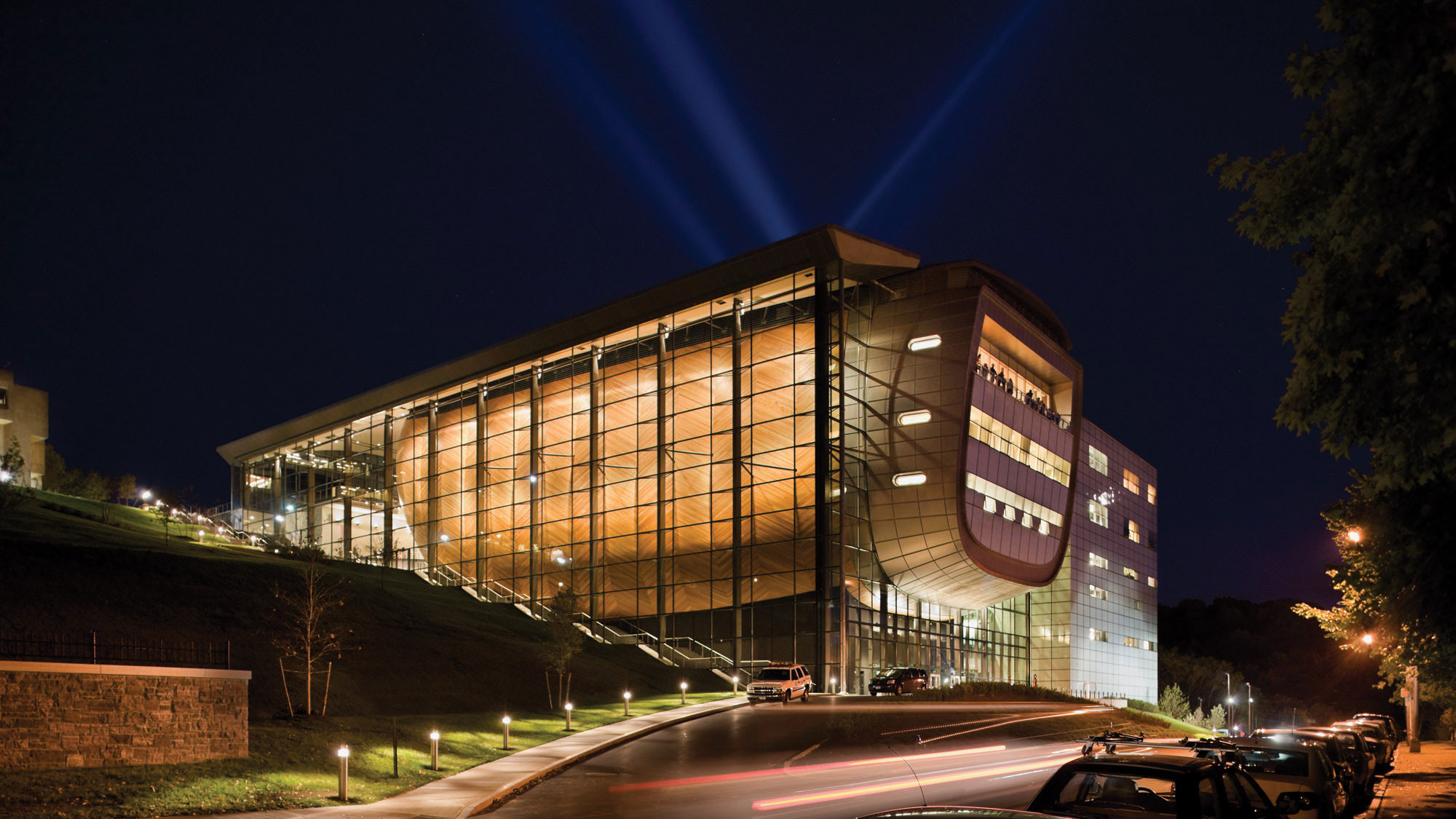