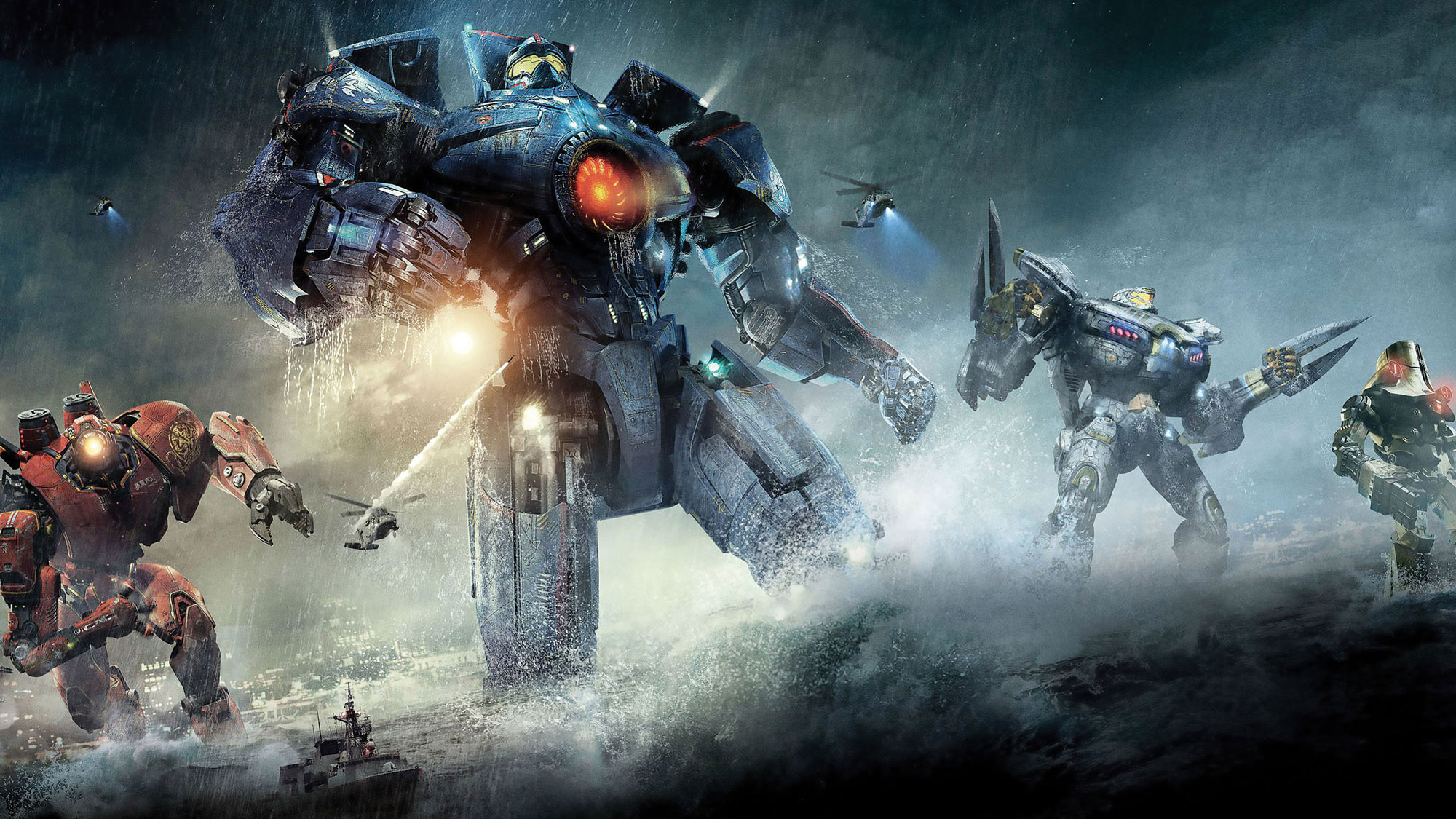 This screening program presents Georges Méliès’ pre-digital compositing techniques at the turn of the 20th century, Karel Zeman’s stop-motion animation, Norman McLaren’s mid-century animated live action, along with the contemporary digital compositing of artist collective Flatform, and the industrial experiments with CG in Guillermo del Toro’s Pacific Rim. Looking back upon a century’s worth of image production that combines live action with the animated, the program investigates the technical and aesthetic conditions that manifest through the processes of each film’s construction.

This screening is part of the Jaffe Colloquium: On Animation and Workflow that brings together a small groups of artists, curators, visual effects specialists, engineers, and theorists to informally discuss ideas centered around the conditions of the long co-history of animation and workflow (the sequence of processes through which a piece of work passes from initiation to completion). The last two decades have seen the increasing dominance of moving image productions that rely almost exclusively on post-production. In this situation, categories used to understand cinematic space and time that developed over a century of viewing and discourse have become increasingly inadequate, especially insofar as they reinforce a long-held divide between the filmed and the animated. To make better sense of these contemporary images, we have to instead read back through that history of the animated, constructed and built, and so too through the history of the technique and workflow from which it cannot be separated.

Of the major transformations in image production, one of the more significant involves the shift away from filming on naturalistic sets or on-location—filming live, so to speak. In this mode, which has been familiar for nearly a century, figures and surroundings are captured in the same shot; even significant processing and manipulation of the film does not alter that close bond. The last two decades, however, have seen the increasing dominance of moving image productions that rely almost exclusively on post-production. More shots are now digitally composited from various sources, some shot on green screen, some built from digital scratch. They are, for all intents and purposes, animations, in which each sequence renders a montage of disparate elements, produced at different times and often on different continents, into a single surface and flow of frames. In this situation, categories used to understand cinematic space and time that developed over a century of viewing and discourse have become increasingly inadequate, especially insofar as they reinforce a long-held divide between the filmed and the animated. To make better sense of these contemporary images, we have to instead read back through that history of the animated, constructed and built, and so too through the history of the technique and workflow from which it cannot be separated.

Rosa Aiello is an artist and writer whose practice deals with language, labor, and the politics of subjectivity. She uses narrative and cinematic form to investigate the affective consequences of duration and repetition. Her videos take up a dialogue with techniques of realism in art history, and their relationship to degrees of visibility of the human body (visibility both of the body that is represented and the body that works). Aiello received her MSt in contemporary literature and theory from Oxford University (2011); she was awarded a Canada Council Grant 2013, Ontario Arts Council Grant 2013, and Triple Canopy commission 2013. She is currently studying at Staatliche Hochschule für Bildende Künste, with Prof. Peter Fischli. Selected exhibitions include Greens at The Modern Institute, Glasgow (2013), Re-Materializing Feminism at the Showroom and the ICA, London (2014), and In Practice: Under Foundations, at SculptureCenter, New York (2015).

Eric Ameres received his BS and MS in computer and systems engineering from Rensselaer and joined the EMPAC team in 2007. As senior research engineer, he was on the initial team that designed and built out the technical infrastructure of the EMPAC building, and now works with artists and researchers to further develop and apply these tools. Ameres has worked in such diverse fields as algorithmic music software, process control and automation, database development and business automation, intelligent robotics, video game design and production, and multimedia compression and delivery. He is recognized as inventor or co-inventor of over a dozen granted and provisional patents in interactive multimedia, video compression, and streaming, as well as in collaborative computing interfaces.

Stuart Comer is the chief curator of the Department of Media and Performance Art at The Museum of Modern Art, New York. He will oversee the department’s program of special exhibitions, installations from the collection, and acquisitions. He previously served as the curator of film at Tate Modern, London, UK, where he oversaw film and video work for the Tate Collection and Displays and was co-curator for the opening program of The Tanks at Tate Modern. He was editor of Film and Video Art (Tate Publishing, 2009) and has contributed to several publications and numerous periodicals including Artforum, Frieze, Afterall, Mousse, Parkett, and Art Review.

Esther Leslie is a lecturer in English and Humanities at Birkbeck College, London. She is the author of Hollywood Flatlands, and Walter Benjamin: Overpowering Conformism, and sits on the editorial boards of Historical Materialism, Radical Philosophy, and Revolutionary History.

Gil Leung lives and works in Brussels and London. Recent projects include A Bright Night with Serpentine Galleries and LUX; For as Against at Rowing, London; Exchange at Flat Time House, London; and Bedroom Tour in collaboration with Am Nuden Da. She is resident at Wiels, Brussels, in 2015.

Nathan Meltz uses collage, printmaking, sculpture, and animation to comment on the infiltration of technology into every facet of life, from politics and food, to family and war. His solo exhibitions include the Rensselaer Polytechnic Institute’s 101 Gallery, Southern Illinois University’s Vergette Gallery, and GRIDSPACE, New York City. Internationally, Meltz has exhibited at the IN Graafika Festival, Pärnu, Estonia; the Uranium Film Festival at the Museum of Modern Art in Rio De Janeiro, Brazil; and the Duncan of Jordanstone School of Art and Design in Dundee, Scotland. In 2012 he received a Strategic Opportunity Stipend grant from the New York Foundation for the Arts, and his work has been featured in the publications Paper Politics, Sociological Images, Printeresting and the Mid America Print Council Journal. Meltz is the founder and curator of the East Coast National Screenprint Biennial and is a full-time lecturer at the Rensselaer Polytechnic Institute in Troy, NY.

Rich Radke is a Professor in the Electrical, Computer, and Systems Engineering department at Rensselaer Polytechnic Institute. He has B.A. and M.A. degrees in computational and applied mathematics from Rice University, and M.A. and Ph.D. degrees in electrical engineering from Princeton University.  His research interests include computer vision problems related to range imagery, camera networks, and radiotherapy applications. Dr. Radke is a senior member of the IEEE and an Associate Editor of IEEE Transactions on Image Processing. His textbook Computer Vision for Visual Effects was published by Cambridge University Press in 2012.

Evan Calder Williams is a writer, artist, and translator. He is the author of Combined and Uneven Apocalypse, Roman Letters, and, forthcoming this year, Shard Cinema, Against the Flood: The Italian Critique of Gender and Capital, and Donkey Time. He has presented films, performance, and audio at the Serpentine Gallery, the Whitney Museum, Tramway, Artists Space, Images Festival, the Montreal International Festival du Nouveau Cinéma, and ISSUE Project Room, where he is currently artist-in-residence.