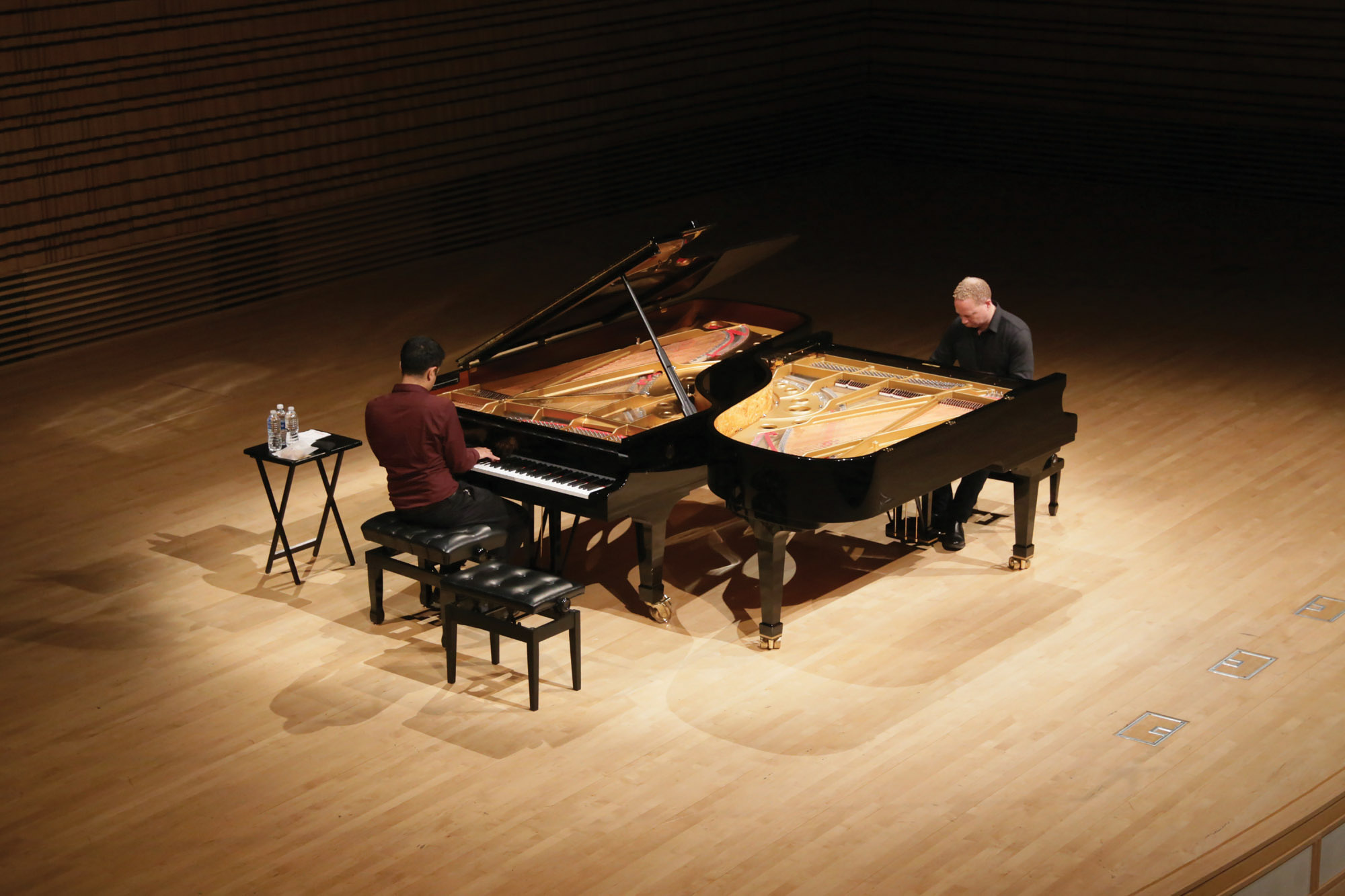 Two of the most progressive voices in American jazz piano joined forces for a performance that blurred the line between composition and improvisation. Vijay Iyer and Craig Taborn have each risen to prominence within the jazz scene by expanding the boundaries of the genre and establishing a highly personalized approach to improvisation. Together, the two drew on an evolving sketchbook of compositional ideas, developed through earlier iterations of the project, to continue a musical conversation that defies the notion of completion.

Vijay Iyer was born in Albany, NY and has become “one of the most interesting and vital young pianists in jazz today,” according to Pitchfork. A Grammy-nominated recording artist on the ECM label, Iyer has a PhD in Technology and the Arts and undertook pioneering scholarship on the “embodied cognition” of musical performance. Interested in what happens to a listener “from the shoulders down,” Iyer approaches jazz from this level of direct vibrational experience. As a leader and sideman, he’s collaborated with artists as diverse as Roscoe Mitchell, Dave Douglas, Amiri Baraka, Das Racist, and most recently Wadada Leo Smith.

Detroit native Craig Taborn is one of the most sought-after sidemen and sessioners working today, having recorded more than 100 albums with artists such as Evan Parker, Tim Berne, and Steve Coleman, and touring with the likes of Dave Holland, Bill Frisell, Ches Smith, and Paul Motian. Known for his work on electric piano and organ as well as acoustic piano, he has topped critics’ and readers’ polls in jazz publications such as Downbeat and JazzTimes. In addition to recording with his own ensembles for ECM and Tzadik, Taborn regularly performs solo.

Main Image: Vijay Iyer and Craig Taborn on the concert hall stage for their performance in 2016. Photo: EMPAC.