The Extra People is an immersive theater perfor- mance where 15 audience members sit and watch another 15 onstage. After half an hour, they find themselves replacing those onstage, only to dis- cover that another 15 have appeared in the seats they’ve left behind. And so it continues, through the hours... The theater building—dormant, empty, and unlit save for your flashlight—seems unable to be deactivated. And within this strange process, wearing headphones and a “hi-viz” vest, you’re cast along with everyone else as some kind of extra. But an extra for what?

Starting with Rotozaza’s Etiquette (2007), Ant Hampton has created nine “autoteatro” works, including his Bessie-award-winning collaboration with Tim Etchells for library reading rooms (The Quiet Volume). The “protocol” behind autoteatro—automated processes (often audio) where instructions are given to audience mem- bers who find themselves experiencing the work from the inside—is now taken back to the theater building to operate on a larger scale.

The Extra People was commissioned by EMPAC and premiered in the space where it was devel- oped via the artist-in-residence program. 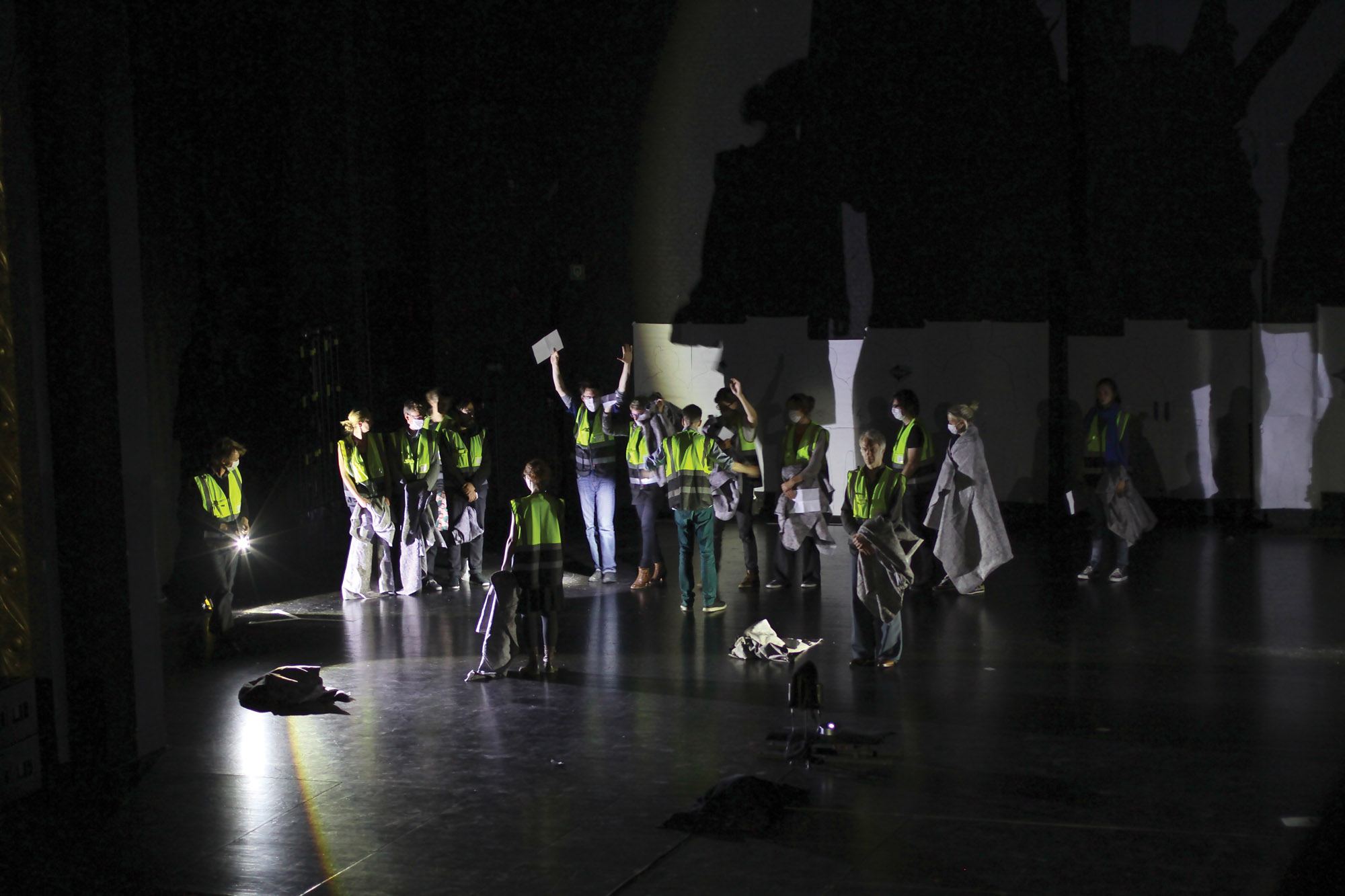