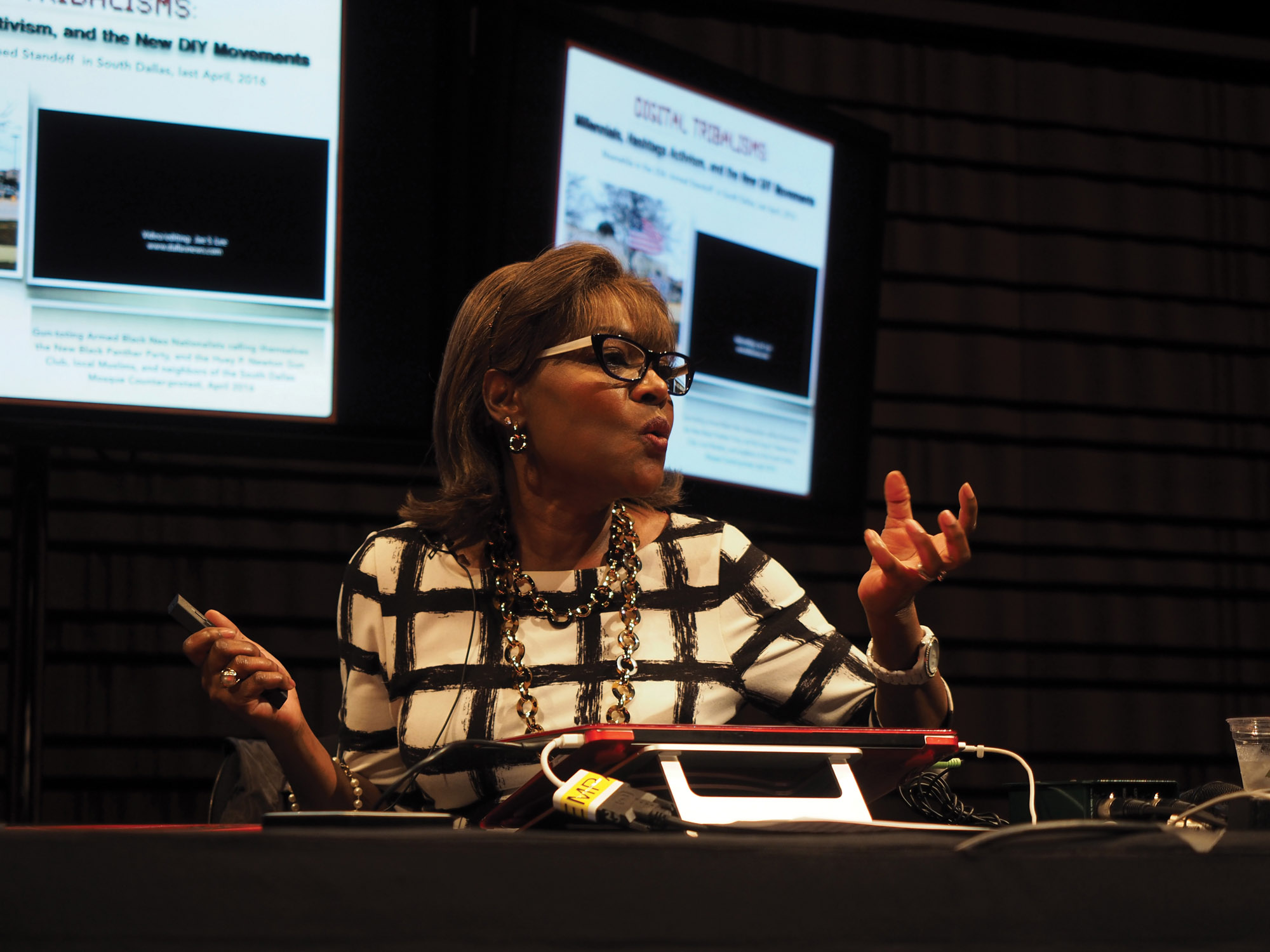 What do Pokemon GO and Black Lives Matter have in common? Anna Everett will look at how Millennials simultaneously negate and nurture contemporary moral panics about the dangers of excessive computer use. From fears of violent video game addiction, distracted driving, sexting by minors, online terrorist radicalization, to charges of arrested basic social skills and more, stereotypes of selfie-obsessed youths abound. And yet, there is an important sociocultural recalibration occurring among youth of the 21st century who have harnessed the power of ubiquitous computing to transform interactive media culture and reinvent participatory democracy.

At its core, Everett’s talk considers today’s do-it-yourself tech-toting cultural practitioners who have ushered in a dizzying array of new social formations and relations, including social media proliferation and innovation, hashtag activism, and other transnational activist movements. Everett will unpack how DIY creative ethos has enabled tech-savvy Millennials to reshape society and culture in their own image of inclusive digital tribalism, exemplified by the Black Lives Matter, Occupy, Bring Back Our Girls, and even the Pokemon GO movements.

In so doing, she will suggest that Millennials’ practices of digital nativism represent a new promise and a new hope for sociocultural cohesion and multicultural unity, especially at this urgent time of political upheaval and social uncertainty.