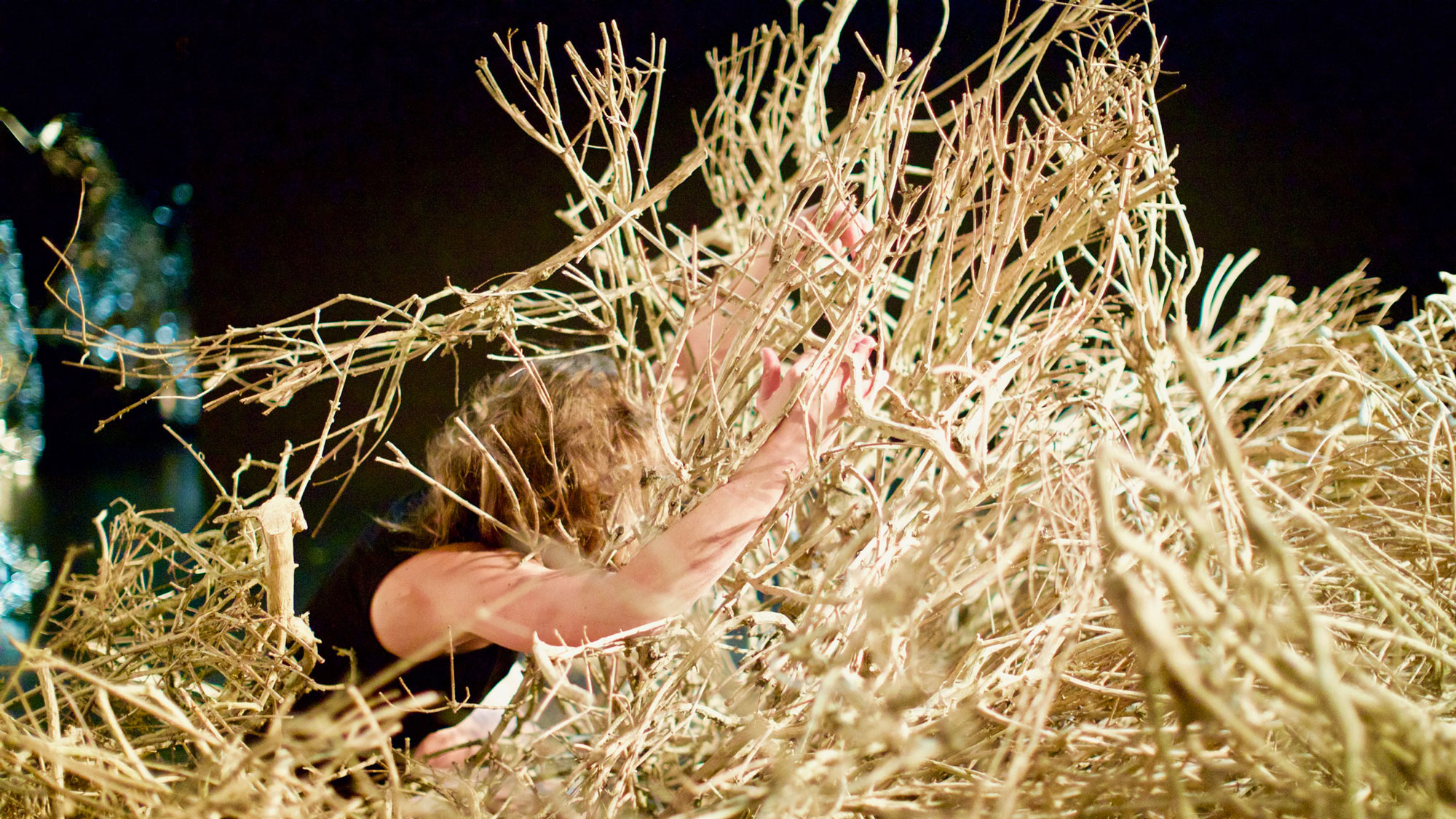 >>returner<< is a performance work spanning theater and dance that illustrates different relationships between nature, people, and technology. Conceived by the Norwegian performance company Findlay//Sandsmark, led by Iver Findlay and Marit Sandsmark, the performance features motion-capture and animation technology, which interacts live with video and sound content. In addition to these digital media, the performers inhabit a world of natural stage elements including wooden sticks, a narrow wooden hallway, and a large cube that transforms over the course of the performance. What results is a performance environment in which audience expectations are both met and defied as the two performers play with perception and sensation.

Findlay and Sandsmark are in residence at EMPAC with their company to further develop the project’s body-sensor and animation content. In its use of this technology, >>returner<< demonstrates a wariness of the inflexible binaries that one-to-one body-technology interactions engender: including presence/absence, natural/manufactured, and real/virtual. The performance weaves between and around these binaries to question them without dismantling them entirely—a nod to their unavoidable if not regrettable ubiquity in our daily lives. Attempting to avoid the trap of technophillic engagement, >>returner<< creates an at-times chilling piece of performance.

Support for this residency is provided by the Norwegian Council for the Arts.

Support for this residency and production is provided by the Arts Council Norway, DTS-Performing Arts Hub Norway, and Stavanger Kommune(City of Stavanger).

Co-producers of the project include Bit-Teatergarasjen-Bergen, Black Box teater-Oslo, RIMI/IMIR Scenekunst-Stavanger. The artsist is suported by apap-Performing Europe 2020 – a project co-founded by Creative Europe Programme of the European Union.