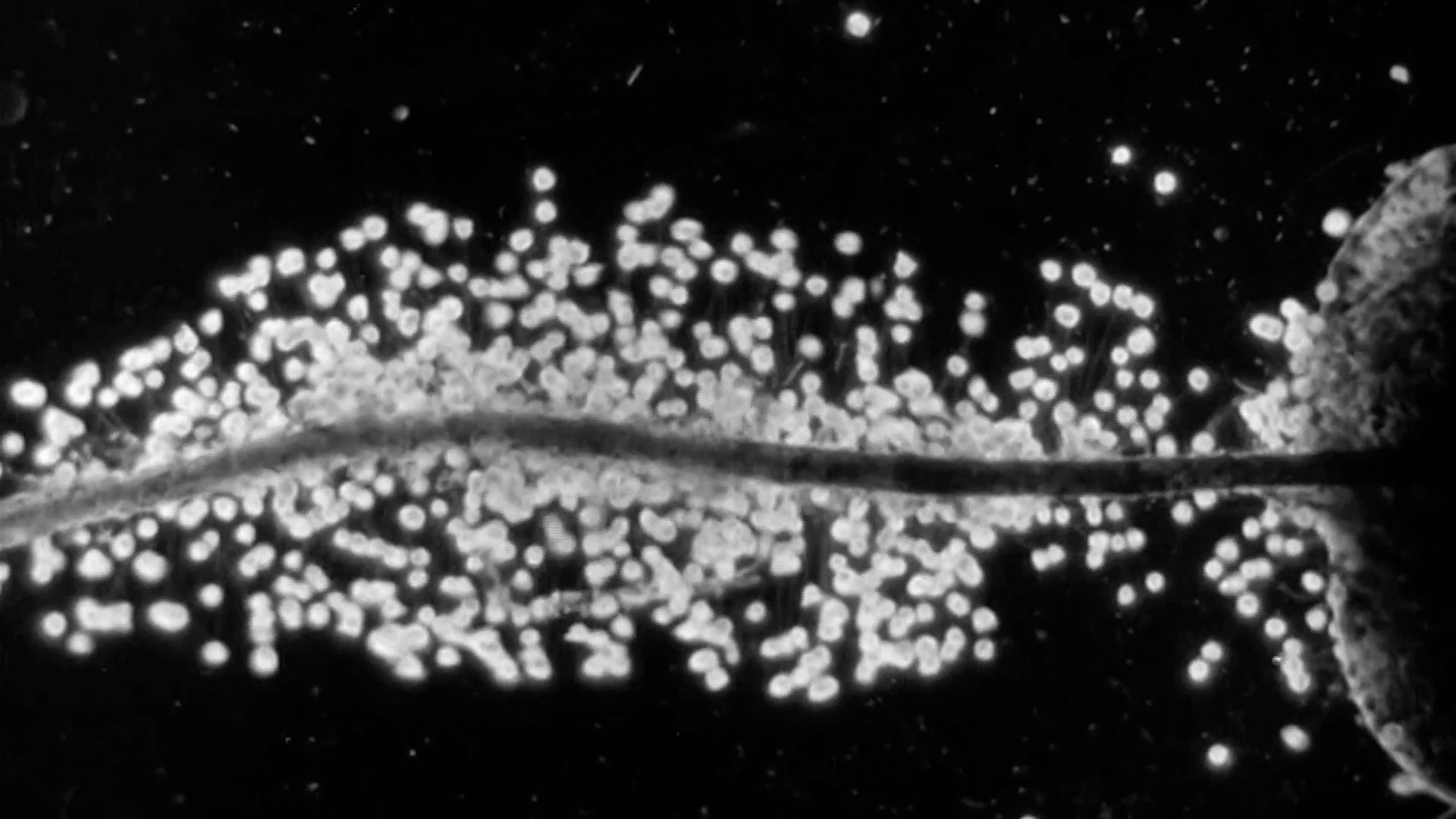 Short Shadows: A life that is only circulations

The title for this episode of the Short Shadows series, “A life that is only circulations,” is borrowed from Bay Area poet Juliana Spahr’s Transitory, Momentary, a poem about loss shot through with reflections on the power of words, songs, and stanzas, set against the backdrop of the Occupy movement and the global circulation of oil and capital. Alongside a reading by Spahr, the program features two films made almost five decades apart, Joyce Wieland’s Sailboat (1965) and The Otolith Group’s I See Infinite Distance Between Any Point and Another (2012). Both films operate at the boundary between language and image, framed by the sea as a visual, poetic, and structural metaphor for exile, longing, and global circulatory connection.

An intimate portrait of artist and poet Etel Adnan as she reads from her book Sea and Fog in her apartment, I See Infinite Distance Between Any Point and Another explores the experiential gap between the act of reading and that of being read to. The camera intimately captures Adnan, closely framed and at oblique angles, allowing space for the poetry and poet to comingle. In comparison, Wieland’s lens focuses on a distant boat. The word “Sailboat” fills the sky, naming the film’s dialogic structure in a Godardian intersection of image and language. Like I See Infinite Distance, the film is at once intimate and distanced, technical and poetic, intertwining the lived experience at the moment of capture with a universal nostalgia for what has passed across the water.

Theorist Svetlana Boym has succinctly described such nostalgia visible in cinema as “a double exposure or superimposition of two images” that can form a durational map of geographical displacement, an ability to “revisit time like space.” Both films expand spatial displacements through words and images (each artist has experienced geographical dislocation across oceans at different moments of their lives). Thus, a sense of dislocated simultaneity is present in the structure of the films, each deliberately juxtaposing ways of communicating—image versus language or listening versus reading—to produce alternate time-scales that act together in a single image.

Main Image: The Otolith Group I See Infinite Distance Between Any Point and Another (2012). Courtesy the artist and LUX, London.