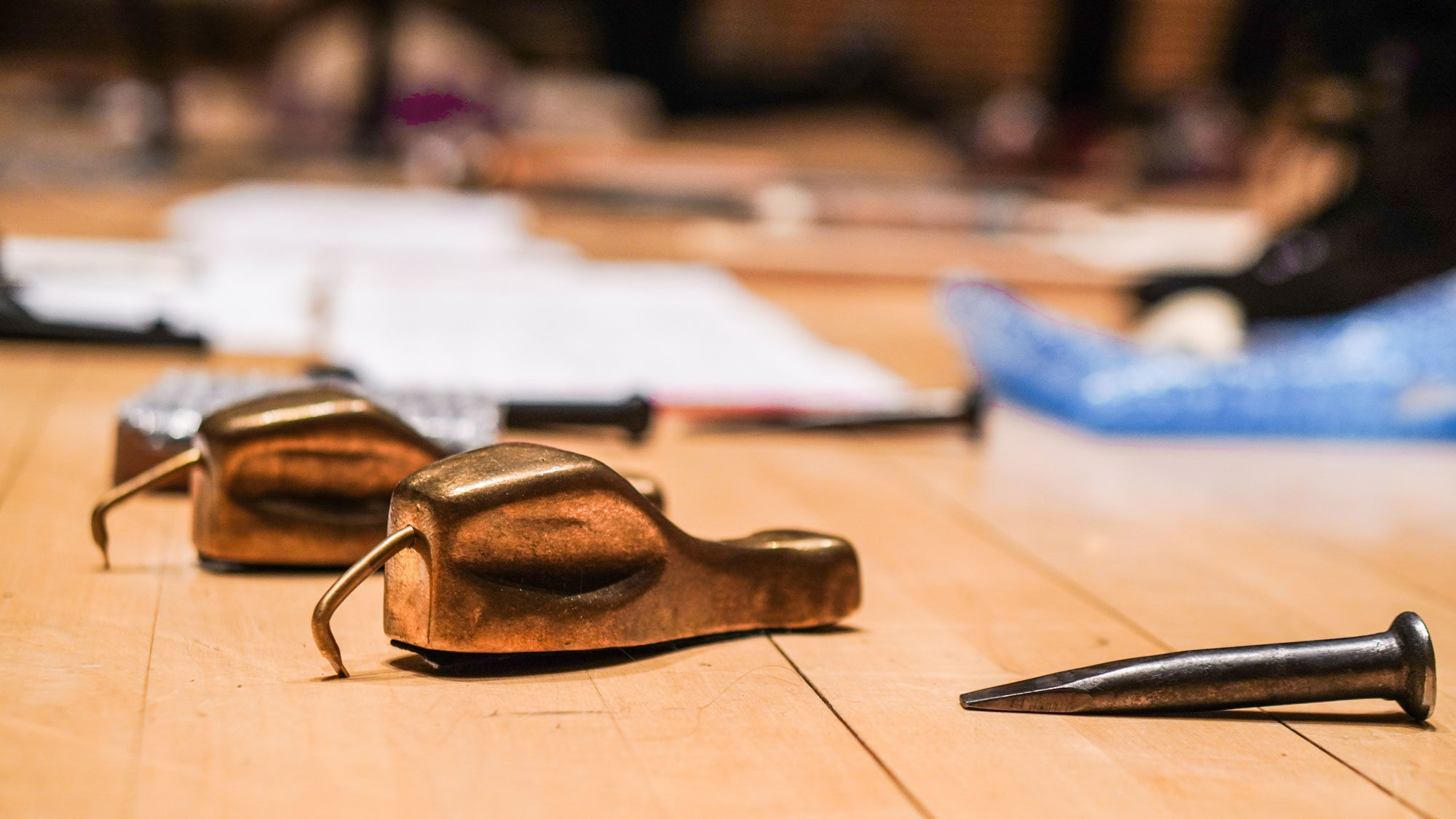 Cuando las nubes eran las olas (When the clouds were the waves) is an electro-acoustic performance and installation for EMPAC’s Concert Hall by Venezuelan-Ecuadorian artist Ana Navas and Venezuelan composer Mirtru Escalona-Mijares. It is performed by American percussionists Taylor Long, Robert Cosgrove, and Clara Warnaar on an array of playful instrument-sculptures by Navas, which fuse iconic motifs of 20th century modernism with traditional boat-building tools and techniques.

Cuando las nubes eran las olas is an expansive work of visual art and music inspired by the Aula Magna, the Central University of Venezuela’s auditorium, and the artworks commissioned for the campus by Venezulan, European, and American modernists by its architect Carlos Raúl Villanueva in the early 1950s. The Aula Magna houses Alexander Calder’s sculptural Acoustic Ceiling (1953), known locally as “nubes” (clouds). It is the first instance of acoustic panels suspended across the ceiling of a hall to reflect optimal acoustics. This feature resonates with EMPAC’s Concert Hall, which houses the first fabric ceiling to span the full-length of the hall to shape the sound.

Deeply embedded in the afterlives of iconic modernist artworks, Navas’ sculptures, installations, and performances trace the use and misuse of such works over time as they are circulated as reproductions and appropriated away from the site and context of their original making. For Cuando las nubes eran las olas, Navas’ sculptural instruments, costumes, and scenography and Escalona-Mijares’ multi-layered approach to electro-acoustic composition interweaves the architectural properties of the Aula Magna with its thick social and sonic history in an exploration of the relationship between sculpture, acoustics, and space.

Curatorial research in collaboration with Jennifer Burris and the Calder Foundation. With thanks to IRCAM, Paris for residency support.

Supported by the Andy Warhol Foundation for the Visual Arts, National Endowment for the Arts, and New York State Council on the Arts.