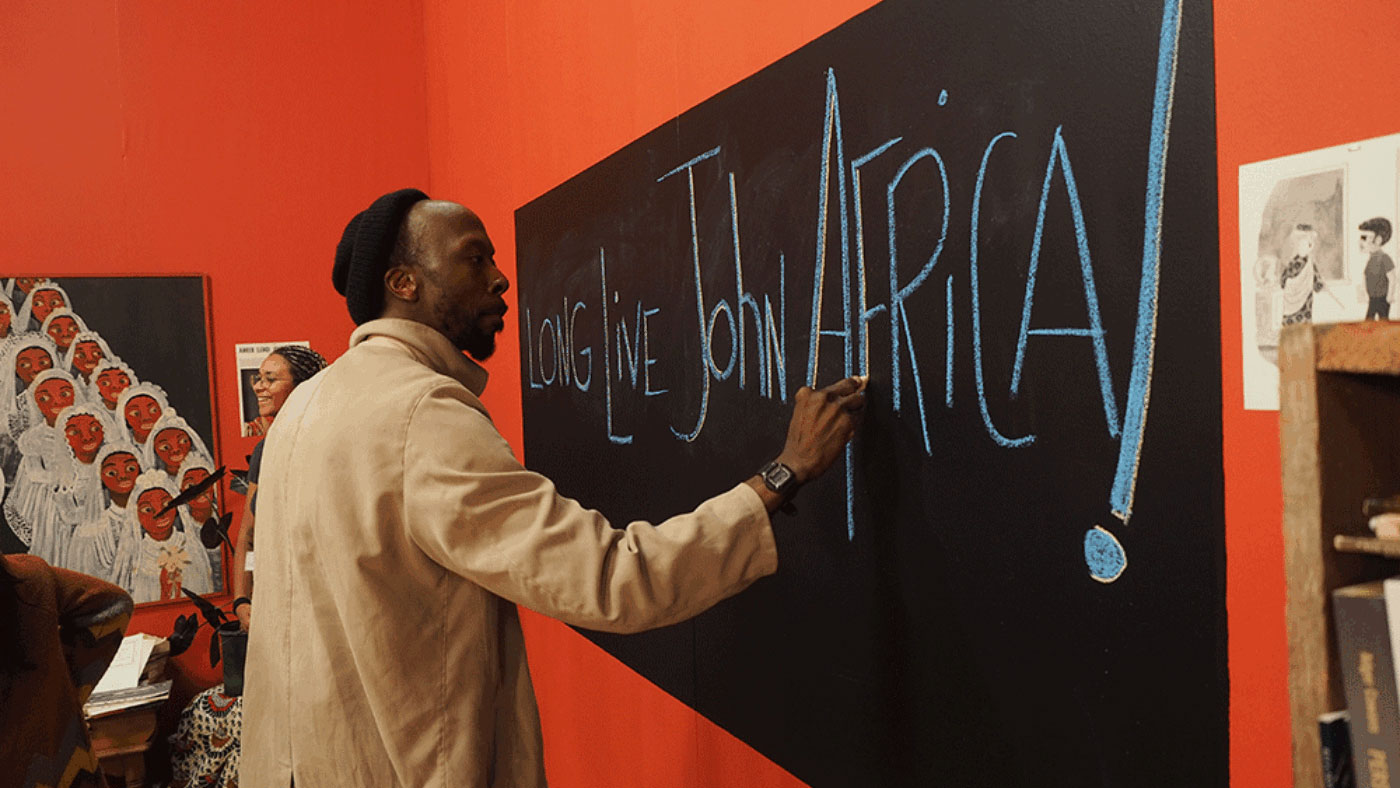 ...The film is almost entirely set in a West Philadelphia rowhome; the idea from the beginning was to treat the space as an archive. I’ve been a bit of an archivist ever since I started collecting records as a teenager. I wanted the story to revolve around individuals being politicized by materials that they were coming into contact with. The idea of the protagonist inheriting a house filled with books and records and then turning that space into a collective for radical thought seemed like the best way to explore the relationship between sociopolitical objects and ideas and sociopolitical actions. The idea was to shoot the film on location in Philly, but after about a year of getting funding rejections, I decided to take up a long-standing offer by the Rensselaer Polytechnic Institute’s Experimental Media and Performing Arts Center to shoot the film in their black box studio in Troy, New York. Once I accepted the conditions of studio filmmaking, the black box became my blank canvas and I built the set design color by color, object by object. I spent about nine months traveling around to different stores and markets buying the objects that provide much of the mise en scène. I also used a lot of materials from my personal collection. Every book, poster, painting, piece of fabric and furniture was handpicked.... 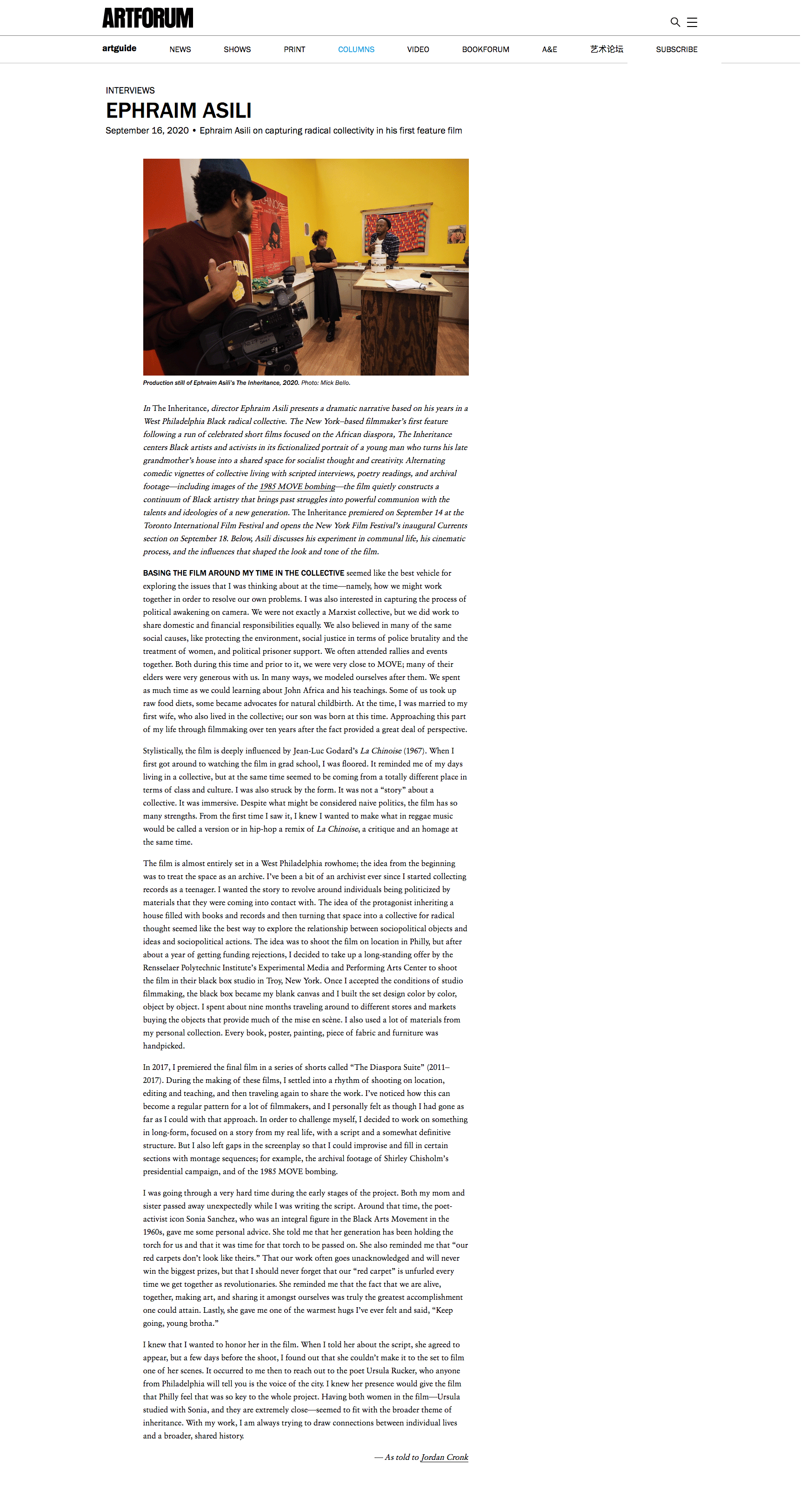